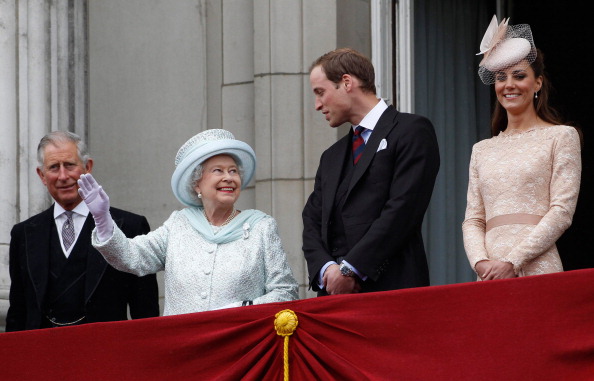 Looks like Kate Middleton will not celebrate this Valentine's Day with her hubby, Prince William. Reportedly the Duchess will be immersed in royal duties on that day to celebrate the occasion.

According to Celebrity Dirty Laundry, Kate Middleton will visit a RAF base in Cambridgeshire on February 14. She will meet the air cadets from the Bedfordshire and Cambridgeshire Wing Air Training Corps. Moreover, she might fly a flight simulator while visiting the military base. Prince William was not mentioned in the statement released by Kensington Palace so it's unclear if he will join Kate on her tour or not.

Kensington Palace recently released a statement regarding Kate's Royal duties. It reads, "The week acts as an initial 'camp experience' for cadets who are in their first six months of membership. Her Royal Highness will join the cadets as they view a Tutor aircraft, and participate in a personal development training session."

Even if Kate Middleton did plan a special time with Prince William and their two kids, Prince George and Princess Charlotte on Valentine's Day, it's not going to happen. Queen Elizabeth made sure that royal duties come first whether Kate likes it or not.

A major step that Kate and William will take this year is to relocate home from Norfolk to London. The couple will move to Kensington Palace, London this fall from their current Norfolk country home, Anmer Hall.

Kensington Palace issued a statement regarding this relocation. It was stated that the decision to move to London was made because it's easier to partake in royal duties and charity from the capital than from Norfolk.

Prince George and Princess Charlotte will continue their studies from London starting this fall. A royal source told People that Kate will also focus more on being a mother as her children will start school this year.

It looks like after a brief period of break from duties, Kate is all set to put in some work. Queen Elizabeth made absolutely sure that the Duchess cannot hide behind closed doors anymore.